Here are some pix from the 2012 Sand Creek Massacre Spiritual Healing run/walk. Click here to read more about this annual event. 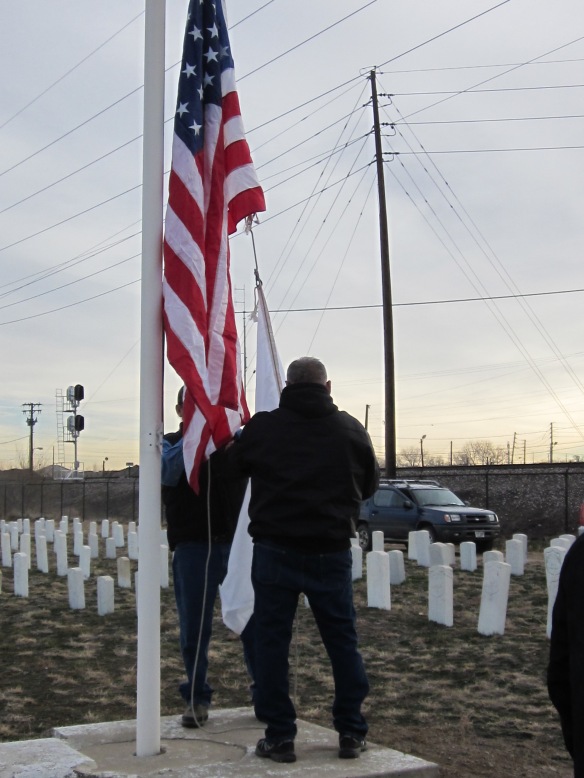 At Riverside Cemetery, Denver. Hoisting the American flag and white flag of truce has special meaning: when Chivington’s soldiers attacked the peaceful camp at Sand Creek, Cheyenne chief Black Kettle raised these two flags, but they were ignored by the attackers. 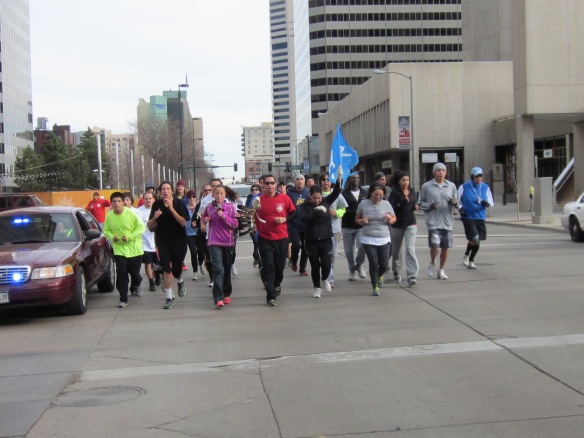 Runners coming from Riverside Cemetery approach the spot at 15th and Arapaho where Silas Soule was assassinated nearly 150 years ago. 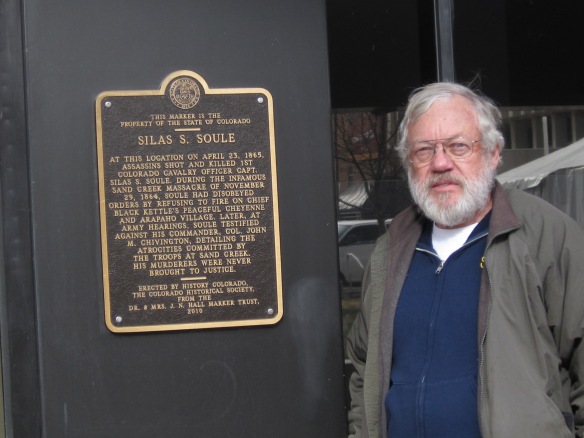 Byron Strom, great grand nephew of Silas Soule, stands next to the Silas Soule memorial at 15th and Arapaho, Denver. 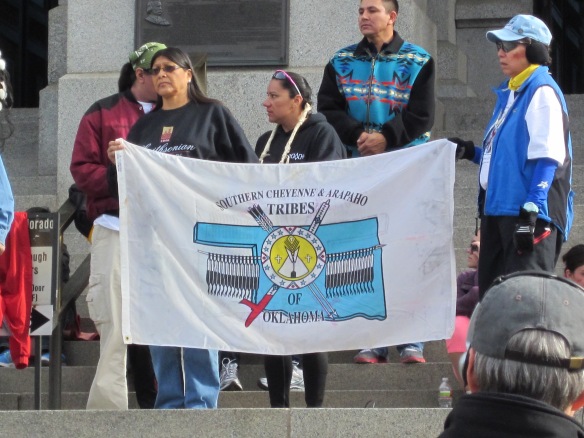 Standing on the capitol steps, runners hold up the flag of the Southern Cheyenne and Arapaho tribes 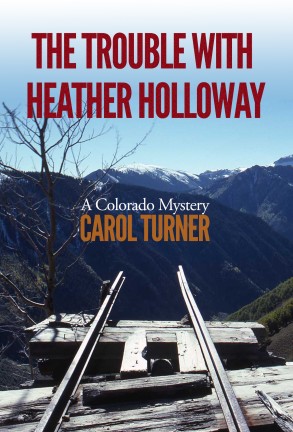